Hungarian
Hungary’s Education Office has uncovered several irregularities in connection with the operation of foreign higher education establishments, and found that several universities operate unlawfully. The report reveals that several institutions infringe the law when they issue foreign diplomas while it conduct no training in the parent country although Hungarian regulations require that. In response to a law amendment proposal submitted to Parliament, the Central European University (CEU) said in a statement that it “would force CEU to cease operation in Budapest would damage Hungarian academic life and negatively impact the government of Hungary's relations with its neighbors, its EU partners and with the United States."
No university may stand above the law, the Education Office said. The Hungarian government is tightening rules and declares that universities outside the EU may offer training and degrees in Hungary only on the basis of international conventions.
Related article29/03/2017 3:02pm
U.S. "very concerned" about Hungary´s anti-CEU legislation - Chargé d´Affaires
CEU, which had been founded by Hungarian-born U.S. billionaire investor and philanthropist George Soros, released the following statement (highlighting by Portfolio):

, CEU's home for 25 years. CEU is in full conformity with Hungarian law.

The proposed legislation targets CEU directly and is therefore discriminatory and unacceptable. CEU calls on the government to scrap the legislation and enter into dialogue to find a solution that allows CEU to continue in Budapest as a free and independent international graduate university.

Any legislative change that would force CEU to cease operation in Budapest would damage Hungarian academic life and negatively impact the government of Hungary's relations with its neighbors, its EU partners and with the United States

I call on the government to enter into negotiations with us to find a satisfactory way forward that allows CEU to continue in Budapest and to maintain the academic freedoms essential to its operation.

The 2004 joint declaration between the Hungarian government and the State of New York confirmed the parties' joint agreement to support CEU's goal of achieving Hungarian accreditation, while at the same time maintaining its status as an accredited American university. Following the 2004 joint declaration, a special law namely Act LXI of 2004 on State Recognition of Közép-európai Egyetem, established Közép-európai Egyetem (KEE); literally translated, this means “Central European University." KEE was established as the Hungarian entity which then allowed for Hungarian accreditation of 10 graduate and doctoral level programs at the University. CEU/KEE is one higher education institution with one campus in Budapest.

In addition, the amendments would require CEU to open an additional campus in the state of New York.

Forcing CEU to do so would have no educational benefit and would incur needless financial and human resource costs.

The section of the amendment that most clearly illustrates discrimination against CEU is the provision that prevents Hungarian universities (in this case, KEE) from delivering programs or issuing degrees from non-European universities on behalf of CEU. Existing legislation allows for university programs and degrees from OECD countries (including the U.S.) to function through joint Hungarian entities, as CEU/KEE currently does. Hungary itself has been a member of OECD since 1996, and as such, should not discriminate against other OECD countries.

Another clear example of discrimination in the proposed amendment is the elimination of a good-faith waiver that currently allows academic staff from non-EU countries to work at the KEE entity without requiring a work permit. The change would create additional and unnecessary barriers to hiring and recruitment. Given that CEU relies particularly much on professors from outside of the EU, the new regulation would place the university in a disadvantageous position.

The proposed amendment also forbids the American entity CEU to continue its program under the current name of “Central European University" unless “Közép-európai Egyetem" (KEE), the Hungarian entity, changes its name. This would require both entities to change the names that were established a quarter of a century ago.

CEU celebrated its 25th anniversary in 2016. It has no other desire than to remain in Budapest. It is deeply embedded in Hungarian academic life, collaborating with other institutions of academic excellence in Hungary from ELTE to the Hungarian Academy of Sciences, sharing research projects, teaching, knowledge, and enabling student exchanges. Of the nearly 1,800 students CEU educates each year, Hungarians make up the largest group. The majority of CEU staff and nearly half the faculty are Hungarian. CEU contributes to the Hungarian economy through tax, social security, and health insurance contributions as well as payments to local suppliers.

CEU is a private and independent institution. Many of our degree programs in the social sciences and humanities rank in the world’s top 200, and many in the top 100, some in the top 50. CEU faculty are remarkably successful in earning research grant funding from the European Union and other grant-making organizations in competitive tenders held across Europe or across the globe. From 2011-2016, CEU received €6,955,221 in ERC grants. For 2017-2022, the University will receive €14,988,163 in ERC grants. CEU has a reputation which should make Hungarians proud. We employ Hungarian professors; we have recruited many notable Hungarian scholars back home from posts overseas; our largest component in our student body consists of Hungarian students.

We are proud of our reputation, proud of our contribution to Hungarian academic life for the past 25 years and we will defend our achievements vigorously against anyone who seeks to defame our work in the eyes of the Hungarian people. The combined entities of CEU/KEE, which deliver 8 master's and 2 doctoral degree programs accredited in Hungary, is deeply embedded in Hungarian academic life and society. It employs over 600 Hungarians and enrolls, on average, 400 Hungarian students per year - the largest national group among our students.

These are just a few of CEU's rich contributions to Hungary and to the world.

Any legislation that would make it difficult for CEU to operate in Hungary would destroy this fabric of cooperation with Hungarian institutions and the Hungarian public and would damage Hungary's long-held reputation as a center of innovation, academic excellence and scientific inquiry.

CEU will hold a press conference today at 2 p.m. to address these issues.

Prime Minister Viktor Orbán is a former Soros scholarship recipient, but he has been increasingly critical of the Hungarian-born philanthropist, accusing him of wanting to influence Hungarian politics and supporting mass migration into Europe.

The European Court of Human Rights has recently ruled that Hungary must compensate two asylum-seekers from Bangladesh who had been unlawfully detained in a transit zone on the southern border and deported to Serbia in 2015. Hungary will be appealing the ruling, said György Bakondi, Orbán's chief security adviser, saying the country’s migration policy was legally sound and protected Hungarian and European citizens.

According to the Strasbourg court ruling Hungary needs to pay EUR 10,000 to each of the men - Ilias Ilias and Ali Ahmed - and further EUR 8,705 to cover their court expenses and costs.

The two Bangladeshi complainants were represented by the same Helsinki Committee that “in all of its manifestations acts as an organization that supports migrants" and participates in every possible forum to attack Hungary’s migration policy," Bakondi said. The Helsinki Committee has also received funds from Soros' Open Society Foundations.

CEU demands corrections from Origo on falsehoods in article

On Tuesday, CEU demanded “an immediate correction, with threat of legal penalties", to the defamatory article that has appeared in Origo containing “outright falsehoods" about the university’s operation, based on a leaked report from the Education Ministry, that the ministry has not had the courtesy to share with CEU.

The paragraph in question refers to CEU as “the Soros university."

CEU reminded that only last week it received oral confirmation from officials in the Education Department that “our re-licensing under existing Hungarian law was proceeding normally."

“The claim that we engage in any type of “concrete fraud" is a libel, damaging to our long-established reputation as one of Hungary’s finest academic institutions. We demand that Origo publish a full retraction of these outrageous falsehoods, on pain of legal penalties."

CEU stressed that it is a private and independent institution.

“Many of our degree programs in the social sciences and humanities rank in the world’s top 200, and many in the top 100, some in the top 50. CEU faculty are remarkably successful in earning research grant funding from the European Union and other grant-making organizations in competitive tenders held across Europe or across the globe."

CEU has a reputation which should make Hungarians proud. We employ Hungarian professors; we have recruited many notable Hungarian scholars back home from posts overseas; our largest component in our student body consists of Hungarian students. We are proud of our reputation, proud of our contribution to Hungarian academic life for the past 25 years and we will defend our achievements vigorously against anyone who seeks to defame our work in the eyes of the Hungarian people.

Origo staff getting leaner and leaner

Since origo.hu, a pioneer in Hungary’s online media, was purchased by Fidesz-linked New Wave Media (an interest of Tamás Szemerey, cousin of central bank (MNB) Governor György Matolcsy, who is the “right-hand man" of PM Orbán), its reputation has been worsening and in early March almost a dozen staff writers left the portal.

In June 2014, the entire staff of Origo News decided to leave the news portal after their editor-in-chief was abruptly fired, reportedly on political pressure, i.e. for their stories opposing and criticising Viktor Orbán and his cabinet too harshly.

Since the takeover by New Wave Media, the site’s content has shifted dramatically in a pro-government direction, and has been used (like other Fidesz-aligned media outlets) to run smear pieces on civil society and opposition politicians, budapestbeacon.com reported.

On 3 March, the entire tech column staff announced its resignation from the portal. Sources told Kreativ.hu that the staff writers had taken issue since last year with the pro-government direction of the company, as well as issues concerning professionalism and the manner in which new staff were being hired.

Origo told Kreativ that the staff departures are intended to optimize workflows, but mno.hu reported that meetings have already taken place to find replacement staff.

Origo tech column staff Péter Birkás wrote in a Facebook post about the road that led to his departure. He said editors would not allow anything bad to be written about U.S. President Donald Trump, and the tech column, which got also affected by “an often incomprehensibly overdone and senseless servility", was banned from publishing an article about Russian hackers. 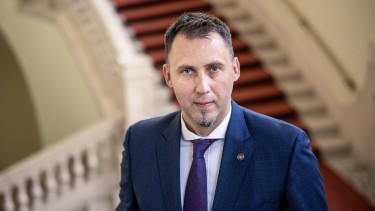 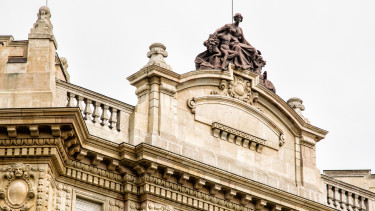 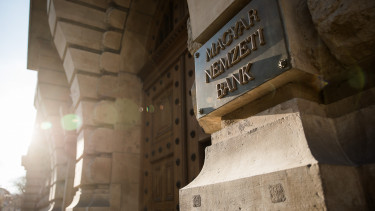 It was not the most likely scenario... 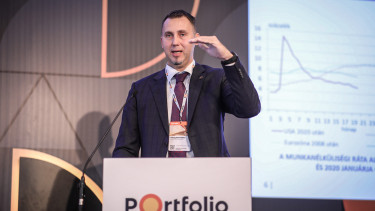 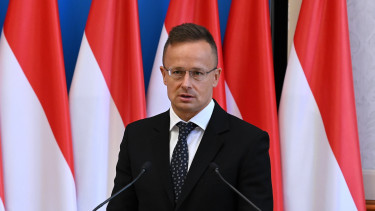 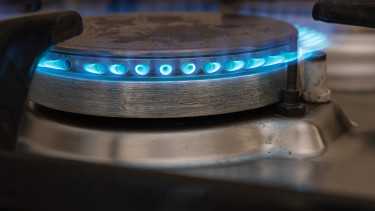 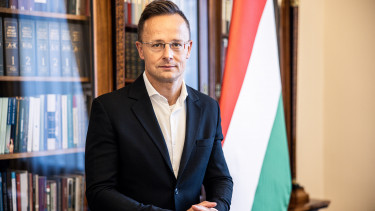 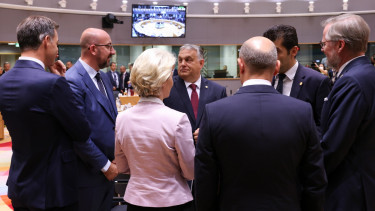