Hungary to veto EU budget unless changes are made

Hungarian
In its present form, Hungary would veto the EU’s next budget as it is unacceptable that political aspects count when it comes to the distribution of funds, Gergely Gulyás, minister in chare of the Prime Minister's Office, told Reuters on Monday. 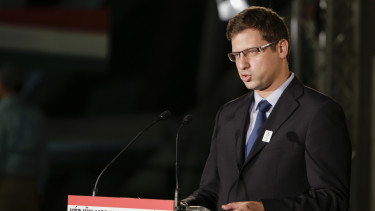 What we reject is that it is not the standard of living and the fiscal performance that would matter,

Hungary is ready to accept a potential additional payment into the EU’s budget after Britain leaves, Gulyás added, a proposal most member states have rejected. Alternatively, if Brussels decides not to make up for the loss caused by Brexit, Hungary could also accept a proportionate cutback in funds, the minister said.

If the external environment in the EU turns unfavorable in the longer run, stronger economic incentives are needed to boost the Hungarian economy,

Gulyás said, adding that while Hungary would stick to its deficit target of 1% of economic output next year, the budget still had ample buffers worth about HUF 500 billion that could be used for boosting the economy.

It is worth recalling what central bank chief György Matolcsy said at the Itinerant Conference of Economists: it is not enough to improve in competitiveness, Hungary needs a comprehensive economic stimulus package. "We have to re-think the issue of budget reserves when certain industries are facing problems," Matolcsy said at the time. "If they are in trouble, economic stimulus is not sufficient, we need targeted measures to prop up the industry in question."

There as been no Hungarian government decision that would veto a Brexit delay, Gulyás told Reuters. "The Prime Minister, similarly to the prime ministers of the 26 other countries, is free to decide on what he will do in case there is a fresh Brexit delay but it can be excluded that Hungary would make a move alone," ha said.