Hungarian
The agriculture ministers of 20 member states including Hungary have supported a joint statement in Brussels on Monday, calling for the (Common Agriculture Policy) CAP budget to remain at its current level during the EU's next budget period. This would mean at least partly reversing the 17 to 26% cut proposed by the European Commission. Hungary is ready to accept a decrease justified by the UK's exit if necessary, the Hungarian Ministry of Ariculture said in a statement. 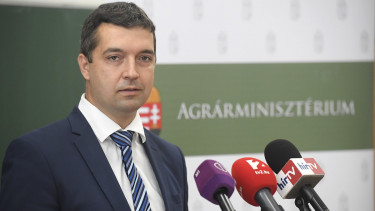 Hungary can not accept a cut bigger than that justified by the Brexit, so keeping CAP funding at the current EU27 level is a minimum requirement,

In addition to Hungary and other CEE member states, Austria, Belgium, France, Greece, Ireland, Luxemburg, Portugal and Spain have also supported the joint proposal to keep the CAP budget at its current EU27 level.

The current EUR 382 billion CAP budget cannot be realistically maintained once the UK, one of the largest net contributors, leaves the EU, but Hungary can only accept cuts up to a level justified by the Brexit,

As reported earlier, the EC proposed to cut Hungary's CAP funding by 17% in the 2021-2027 budget period, with regional development funds set to decrease by as much as 26%.

This is unacceptable while proposed regulatory changes would increase the burdens of farmers, Feldmann said, adding that we cannot ask more from farmers while giving them less.

The EU's next Multiannual Financial Framework (MFF) will be decided by the heads of member states, but Monday's statement by the 20 agriculture ministers is an important political message for future talks, especially as their numbers include both old and new member states and several net contributors as well.