Hungarian
Hungary needs to step up its efforts to boost its competitiveness and productivity because at a shrinking labour supply this is the only way it can maintain convergence to bring its living standards closer to the EU average, the European Commission stressed in its country report published on Wednesday. The EU executive also found that Hungary has made limited progress in addressing the 2018 country-specific recommendations. Whereas the country has made some progress towards the recommended reforms in a couple of areas, there was either minimal or no progress in numerous other areas. The EC continues to urge Hungary to further lower the general government deficit towards the medium-term deficit target, because without that the country’s gross general government debt as a percentage of GDP may rise slightly. In view of the document, Hungary has until mid-April to work out the necessary materials (reform programme, convergence programme, medium-term budget plan), and new recommendations are likely to be made in the weeks after the European parliamentary elections in May.

The 15th page of the 70-page country report has a table with an assessment of how Hungary has implemented the 2018 country-specific recommendations (CSR) presented last summer.

The EC found that Hungary has made limited progress in addressing the 2018 country-specific recommendations (see table below).

How to move forward?

Considering that the EU is in no position to impose meaningful sanctions on the country, given that Hungary shows no excessive macroeconomic instability, nor it is member of the Eurozone, Hungarian authorities are unlikely to take this document and the upcoming country-specific recommendations overly seriously. Instead, they are likely to focus on the reforms and objectives announced earlier this week by Prime Minister Viktor Orbán, and follow the recommendations tabled by the central bank (MNB) and the Finance Ministry yesterday.
Related article27/02/2019 12:19pm
Here´s Orbán´s big plan to help Hungary catch up with Austria

A few graphs that speak volumes

The question why the Commission thinks Hungary would need to further improve its competitiveness is answered by the chart below. This is not the first time we see this, but this is the latest:

Firstly, because in the medium term, Hungary will run out of labour that could be attracted to the labour market, hence economic growth could be maintained not by additional labour contribution but primarily by rising productivity. But even then the country’s potential growth rate is expected to decelerate markedly to around 2.5% from around 3.5%.

Secondly, because the budget deficit seen to remain stuck around 2.0% of GDP should be reduced in order to avoid a rise in the gross debt ratio after its stagnation.

In relation to further fiscal adjustment, the structure of the adjustment is also crucial, the EC said. It said that spending on research and development and innovation, as well as on health care should be raised.

Both the education and healthcare systems are underperforming. Educational outcomes in basic skills and the tertiary attainment rate are well below the EU average. Disadvantaged children have little chance of acquiring appropriate basic skills and accessing higher educational tracks. Health outcomes lag behind most other EU countries reflecting unhealthy lifestyles and the limited effectiveness of healthcare provision.

There are significant socio-economic disparities in access to quality care. Public spending on healthcare is below the EU average, and high earners rely on out-of-pocket payment to access quality provision. The system remains strongly hospital-centred, with weaknesses in primary care and prevention of chronic diseases. The exclusion of disadvantaged groups, in particular Roma, from quality education is a missed opportunity in human capital accumulation.

The graph also shows, however, that Hungary’s total spending on education as a share of GDP is close to the EU and regional average. However, complementary statistics rank Hungary among the last in the EU on every education level, and also in terms of expenditure per student.

Low spending contributes to weak health and education outcomes, which are a key challenge to long-run economic growth.

Obviously, a further reduction to Hungary’s debt-to-GDP ratio would also lower the volume and ratio of interest paid on debt therefore more funding would be left to finance other objectives.

The following graph over the productivity growth of the corporate sector is interesting for it points out that the business sector’s productivity increased meaningfully again in the last three years (within firm growth).

Despite the above positive change, however, the graph below provides much food for thought. It shows that labour productivity in the market service sector is way below the average of the other three countries in the Visegrad Four and way off their course. That is why the EC is urging further reforms.

It is also urging Hungary, as it did many times before, to carry out heavily repeated reforms in government work (quality and transparency of decision making and social dialogue). In order to underpin the necessity of such improvements, the Commission added the following graph to its country report, which shows the Hungarian indicator has been on a sharply descending course for years, while the CEE3 index has been stagnating.

The graph below is about the EC’s repeated criticism of Hungarian public procurement practices, relating to the limited transparency of this segment.

It said that while recent data show some improvements in using less transparent procedures, there is still a considerable scope to enhance competition. The share of contracts, concluded after negotiation without prior publication for tenders above the EU threshold, has been decreasing markedly year-on-year and reached 5 % in 2018. The amendment to the Public Procurement Act adopted in November 2018 tightens further the rule to launch negotiated procedures without prior publication. However, the share of tenders with a single bid remained stably high over the last years and increased in 2018 to 39 % for tenders above the EU threshold.

This high figure suggests that the legislative amendment of January 2017 aiming to reduce this figure did not bring substantial results.

Some areas remain unaddressed and anticompetitive practices are still a challenge, the EC said, adding that

Hungary’s scores on most corruption indicators have deteriorated or stagnated in recent years (WGI, 2018; Transparency International, 2019). In particular, Hungary’s score on favouritism is weak (World Economic Forum, 2017), which may suggest a lack of merit-based appointments in public administration.

The anti-corruption framework mainly focuses on the integrity of public services, while determined action on prosecuting high-level corruption is lacking, the EC said.

Each year between 2015 and 2017, Hungary received one of the highest number of recommendations in the EU from the European Anti-Fraud Office (OLAF). Hungarian authorities reportedly launch investigations following recommendations of OLAF and their indictment rate has increased in 2017.

However, there are still no signs of determined action to prosecute corruption involving high-level officials or their immediate circle when serious allegations arise.

Accountability for decisions to close investigations is a matter of concern as there are no effective remedies against decisions of the prosecution service not to prosecute alleged criminal activity detrimental to the public interest, including corruption, fraud affecting the EU’s financial interests and embezzlement of public funds.

Perceptions of effectiveness of the judiciary in tackling high-level corruption are very low, with only 15 % of the surveyed population believing that bribery to senior officials is appropriately sanctioned in Hungary compared to 30 % on the average in the EU. Some changes have been introduced in the criminal procedure law in July 2018 to clarify the competences of the prosecution vis-à-vis the police. An increase in resources is also foreseen.

Breaches of obligations by public institutions and the application of dissuasive fees for access may discourage members of the public from exercising their rights.

In its annual report, the National Authority for Data Protection and Freedom of Information confirmed that there were instances where public institutions illegally charged fees for requested documents.

While the situation has so far been remedied by courts and the Authority, existing obstacles and misapplication of the rules may hinder transparency in the long run

The Authority registered an increased number of requests (220 per year for 2017-2018, up from around 150 in the previous period) and notes that in 81 % of cases access was granted. An independently run platform shows divergent figures, however, and this may point to deficiencies in the reporting of statistics by public institutions. 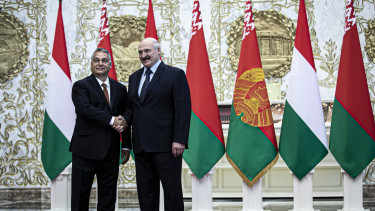