Hungarian
Hungarian authorities diagnosed 21,060 people with COVID-19, and 304 people died of coronavirus-related diseases over the past three days, the official government portal reported on Monday morning. 5,286 people with coronavirus infection are in hospital, with 519 of them on ventilator. 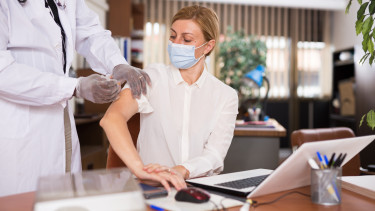 Let's take a closer look at these positivity rates and what they could imply. Balázs Pártos hypothesizes that in such a sharply ascening trend the percent positive will continue to exceed the base period's figure. Two days ago the daily positivity rate was over 28%, but he projected that it would return (as it did in the last two days) to a range between 22% and 26%, and it would not take off. The ascent will be more lasting, steeper and its peak will be higher. Unfortunately, it will not peak earlier, rather a few days later than last year (when the highest rate was hit in early December).

According to his hypothesis, the cause could be the Delta variant for it is more contagious and more people contract it. It is spreading faster and lingers longer. This means that the number of new cases (and hospitalisations) rise so fast that no capacity is left to test healthy people.

One of the possible outcomes is that the percent positive will exceed 40% (daily readings), the 3-day average will also rise that high and possibly even the 7-day average will be close by around 5 December.

This is a highly negative scenario because then the number of new daily cases would peak out only four or five days later (around 10 Dec) and the peak in Covid fatalities would be reached only around Christmas or possibly in the new year even. And the numbers will be very high (between 400 and 500 daily deaths by 5 Dec.)

The exponentially growing number of new cases is already making a significant impact on the health care system. The tables below show how the changes in the number of daily new confirmed COVID-19 cases, hospitalisations and the number of ventilated Covid patients in 2021 and 2020.

In the top chart we compared the figures of 14 November to one, two, three, and four weeks earlier. The second chart shows the week-on-week changes. The red cells make it evident that the epidemiological situation has been worsening at a more alarming rate in almost every aspect than in the base period.

As you can see, the 7-day rolling averages of new cases and Covid deaths are already higher than in the same period of 2020. Although there are fewer people with coronavirus infection in hospital, they are in a worse condition; more of them are on ventilator.

The number of Covid patients admitted to hospitals and needing mechanical ventilation has been on the rise for a while now, and their are already at early-May levels.

The same can be observed at the charts below, only with ratios. The share of those in hospital to the number of active cases has come down from its peak because daily testing picked up, and while there are more and more people with coronavirus infection in hospital, the number of active cases has been growing at a higher rate. And the ventilated / in hospital ratio has also come lower due to the aforementioned reason.

When the Case Fatality Rate (CFR, shown on a reversed scale below) drops. the pandemic starts to gather momentum, because CFR = deaths / registered cases. There is an increasing number of new confirmed COVID-19 cases but the number of Covid fatalities is just starting to catch up. Whatever looks like a drop on the chart, is actually an increase in reality. On this chart the CFR is shown in parallel with the number of new daily confirmed cases, as well as their 3-day and 7-day averages.

As regards the left-hand chart below, the number of new COVID-19 cases accumulated since 28 August is already 10% higher than in the same period of 2020, while it was 40% lower four weeks ago and about 50% lower eight weeks ago. In the meantime, the accumulated time Covid patients spend in hospital is 30% shorter than a year ago, while it was about 29% lower four weeks ago and 5% higher eight weeks ago. (The turnaround came about on 22 September, about a month after the no-restrictions four-day celebrations of the foundation of the state on 20 August.)

On the right-hand chart see that two months ago the number of accumulated days spent in ICUs (practically on ventilator) was more almost double of the base period's print (+98.5%). Since then, the difference has shrunk to merely 1.4%. While a couple of weeks earlier there should have been a lot more cases to match the severity of the current 'wave' (in terms of the number of days spent on ventilator), the accumulated number of cases caught up with the base period's print on 10 November.

In terms of the accumulated number of Covid-related fatalities we are not where we were a year ago (accumulation is 15% lower vs. +15% 8 weeks ago and +30% 10 weeks ago), but the gap is constantly narrowing. Most importantly, same time last year there were no vaccines and cross-immunity (if it works at all) was assumably not as strong as currently. The right-hand chart also depicts that those that admitted to hospital with coronavirus infection are generally in worse condition than Covid patients a year ago.

The number of Covid patients hospitalised is 24% lower than the corresponding figure on the same day in 2020, and - most likely due to the weekend effect - the number of those in ICUs is also down 4.2% yr/yr (3-day average has been higher for the sixth consecutive day when it hit +2.8% last Friday.)

The government keeps betting on vaccination despite the alarming rate at which the number of daily new COVID-19 cases and related hospitalisations has been rising.

There are numerous international examples showing that a combination of COVID-19 jabs and restriction measures are the most effective way to stem the spread of coronavirus.

Stressing the importance of getting vaccinated has proven rather futile so far.

There is no progress in the vaccination campaign. People that have been fully vaccinated in the basic protocol seek third doses, but even that growth rate needs to be higher, while those that have refused to get their shots are not changing their minds en masse despite the worsening epidemiological situation. And there's also the issue of the waning effectiveness of vaccines to consider...

The government made mask-wearing mandatory in public transport and authorised companies to make vaccination compulsory, but that's about as far as new restrictions go. Oh, it also ordered hospitals to put off elective surgeries.

The cabinet also announced a one-week vaccination campaign where people can get their first, second or third jab without prior online registration. What he cannot understand, and what has not been explained by anyone so far, is why the cabinet waits TWO AND A HALF WEEKS for the campaign to start on 22 November. 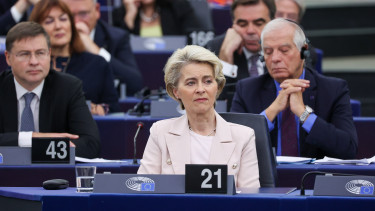 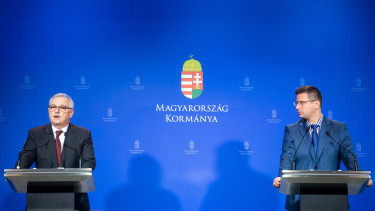 Nothing to see here, folks 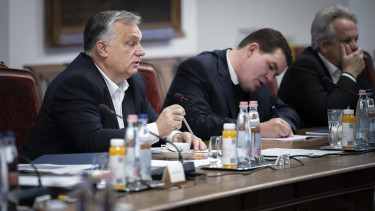 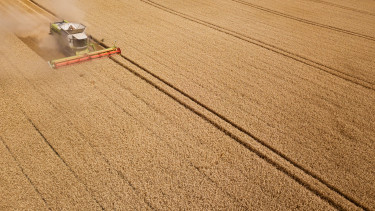 France and Germany secretly lobby for easing sanctions on Russia 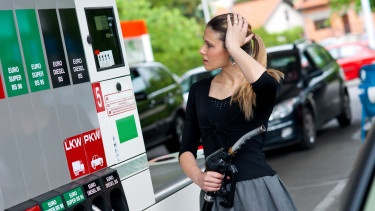 Is the peak really near? 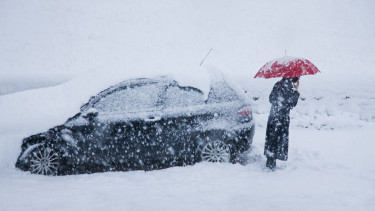 While the retail credit market is shrinking

France and Germany secretly lobby for easing sanctions on Russia 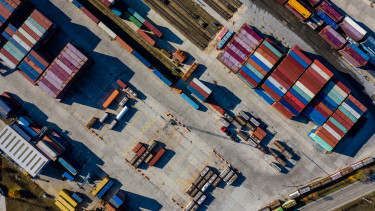 Hungary industrial production plummets, but from a high level 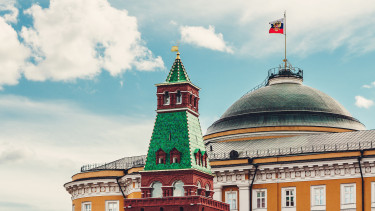 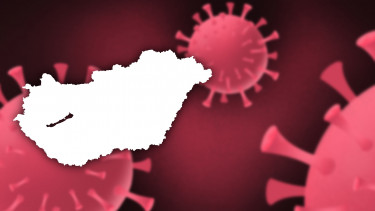