Hungarian
The coronavirus pandemic has made it undeniable that there is no drive for the necessary co-operation. It is not true that when we are all in the same boat, communities stick together. This is one of the great lessons of the pandemic people will need to remember, said world-famous economist Branko Milanović in an interview with Portfolio. In his view, evidence to that is the fact that while rich countries often have an excess of COVID-19 vaccines, they leave them to expire on the shelves rather than to donate or sell them to poor countries. The New York University professor does not think the deficit economy has become global yet, and also that never-before-seen fiscal stimuli are causing inflation around the globe, while it cannot be assessed accurately just yet how the pandemic will affect inequalities. 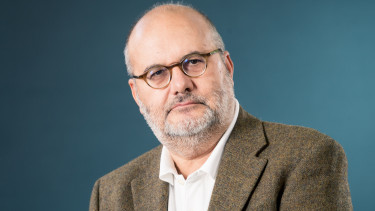 Thecoronavirus crisis has either enhanced existing or created new phenomena in the world economy. As an economist how do you feel about these demand-supply ‘friction’ and the supply disruptions that have been considered unusual for several decades now?

Branko Milanović : I think that the supply disruptions have been minimal compared to the extent of dislocations in lifestyles that Covid has produced all over the world. I think that early on people worried whether the supply chains might not break down. But they have done quite well—again, given the circumstances. If you look for example, at the United Kingdom, disruptions due to Brexit have been greater than those due to the pandemic. Let alone when you compare supply chains with the disruption in travel between the countries.

So, capital, if one can summarize, has remained more mobile than labour.

How long do you think these disruptions and disturbances globally can remain with us? How concerned should we be regarding inflation rising in their wake?

This is a question about the long-term impact of the pandemic. I think the impact may be significant: lots of work can be done remotely which has clear impacts for the global labour force, the conflict between China and the United States has become exacerbated, and there could be, as you mention, long-term inflation.

Branko Milanovic is a Serbian-American economist. He is most known for his work on income distribution and inequality. Since January 2014, he has been a visiting presidential professor at the Graduate Center of the City University of New York and an affiliated senior scholar at the Luxembourg Income Study (LIS). He also teaches at the London School of Economics and the Barcelona Institute for International Studies. In 2019, he has been appointed the honorary Maddison Chair at the University of Groningen. Milanović formerly was a lead economist in the World Bank's research department, visiting professor at University of Maryland and Johns Hopkins University.
He did his Ph.D. at the University of Belgrade in 1987 on the dissertation on economic inequality in Yugoslavia, using for the first time micro data from Yugoslav household surveys. He published it as a book in 1990. He is widely known for his "elephant" curve that shows that those around the 70th–90th percentile in global income, roughly corresponding to lower earners in the developed world, have missed out on real income growth over the last 20 years.

But I think that inflation is not caused, so far, by shortages (which, as I said in the previous question) were minimal but by huge expansion of government support that in many rich countries exceeded 10% of GDP. We have never seen anything like that in history.

So, it seems to me that if you have such an increase in money while output went down in almost all countries, inflation is inevitable.

Economic shocks generally bring about an increase in income inequalities. How important do you think the last one or two years were in this respect? Through what channels do these production, price, and geographical developments impact income inequalities?

This is a very difficult question because the pandemic is not over yet. What we can say after almost two years though is that morbidity, mortality and precariousness were much greater for the middle class, service sector workers and the self-employed. It was much less for those who were able to work from their homes. This is somewhat of a cliché by now. But what is less well known is that the large programs of government support that were relatively well targeted have, in monetary terms, heled the middle class and workers and small employers. We thus see that in 2020 US income inequality has declined. The first survey results in several large European countries (France, Italy. Germany, Spain and Sweden) show the same.

So, the effect of the pandemic was more nuanced, or diverse, than it seemed at first.

We already have the results for 2020. They seem to indicate (and I have to be very careful there because these are preliminary results) that the decline in global inequality which was going on for the past 30 years has stopped This is due, in simple terms, to two developments. China, which used to be the “engine” of global inequality reduction does no longer play that role because it has now become upper middle-income country (with quite a lot of rich people), so its growth does no longer reduce global inequality. Moreover, in the years to come, it will likely increase it. On the other hand, India, whose GDP decreased by 8% in 2020 and may increase by only 4% in 2021 has diverged (not converged) with rich countries and that has pushed global inequality up.

Now whether 2020-21 will be seen in the future as a short blip in the process of global income convergence or rather as the beginning of the new trend of inequality, we do not know. Both outcomes are possible.

We have been living in a pandemic for more than 18 months now, with the developed world slowly get over COVID-19 thanks to vaccinations. But the global distribution of the vaccines is not fair, as the WHO warned, given that poorer countries have no access to them. Could this lead to an increase in global inequality in the post-Covid era?

Yes. As I said before, even in rich countries the mortality and morbidity impact between the well-off and the working class has been uneven. An even greater inequality exists between poor and rich countries. The latter often have a surplus of vaccines which they hoard, even to the extent that their date of use has expired. They do so rather than giving or selling (at cost) vaccines to the poorer countries.

The pandemic has starkly shown that the claims of cooperation and naïve arguments that we are “all in the same boat” are simply not true. This is one big lessons of the pandemic. People should remember it.

You were a speaker at an event of the CEU Democracy Institute. Is democracy in real danger nowadays? What are the biggest threats to democracy and in which countries/regions could we identify most of these?

I think that democracy is not an immutable state of affairs. There are, in some areas and some countries, deteriorations in the areas such as the judiciary system, accountability of politicians, corruption, fairness and “cleanness” of the electoral process, media free from government and big-money influence, but there are also improvements. I am not in favour of looking at the democratic setbacks being due only to the greater power of governments. There are also democratic setbacks due to the greater power of big business as when for example companies, through lobbying and corruption, play a huge role in law-making (and thus make democracy meaningless) or when billionaires control the media, which has now become almost commonplace.

As regards the longer-term outlook: You have recently written in Foreign Affairs that the intensifying rivalry between China and the United States will have an impact also on the convergence of poorer, emerging economies. Are we correct to say you are observing this process with cautious optimism?

I mean that the conflict, if it remains peaceful and limited to economic competition, may be good for many middle-income or poorer countries because the two world hegemons might, in trying to increase their influence, be more attentive to the needs of other countries. For example, African countries benefit from the Road and Belt programs, but now America, in order to offset China’s influence is planning to do more or less the same type of programs in Africa. This is good for Africa.

If you have only one superpower then that superpower does not need to worry very much about anybody else nor try to get countries to its side. With two superpowers, the margin of manoeuvre for smaller countries increases.

What do you think about Hungary and the CEE region? For us it seems that a new block within the EU is being formed by the V4 countries, Slovenia and perhaps Italy. Could this block set the way of thinking for Europe in the coming years?

I do not know well enough the situation within the EU. It also changes very often. But stronger East European voices are, I think, welcome.

We see a global tax deal is forming with a minimum corporate tax rate. How could it affect the global economy? Could it end the tax competition?

I think that this deal shows something that was obvious to whoever wanted to look at the reality: when the big states want to confront the big business, they win. For a long time, large companies like Google, Amazon, Facebook etc. have taken advantage of tax competition and made governments lose massive fiscal revenues. They tried to maintain this state of affairs through constant lobbying and “subsidies” to politicians. But eventually when the extent of tax evasion became too great, the big states (US and the biggest EU countries) moved in.

I think that this is a good lesson for other policies too: the state does have levers to make corporate sector pay its fair share of taxes. The question is whether it wants to use such levers. 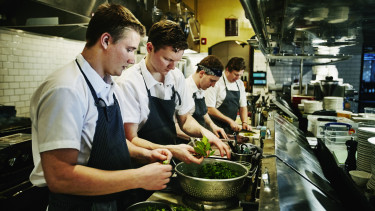 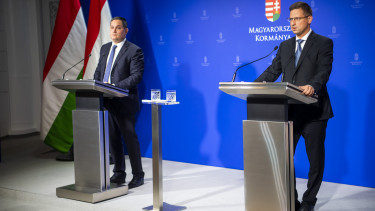 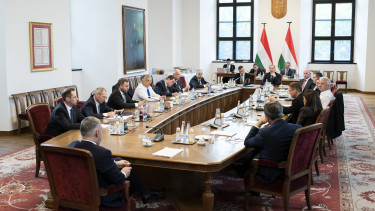