Forint forgery drops by more than a third

Hungarian
The number of counterfeit forint banknotes was 42% lower last year than a year earlier and may drop further this year, the daily Magyar Hírlap reported. The National Bank of Hungary (MNB) is continuously monitoring the situation. 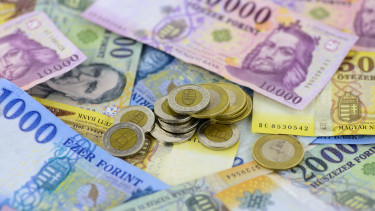 A longer falling trend in forint forgery continued in 2018 but there are no statistics available yet for this year, police told Magyar Hírlap. In 2018, the MNB's cash experts withdrew 450 counterfeit banknotes from circulation, nearly 42% less than a year earlier.

Other authorities involved in fighting forgery also identified 21 forged notes before they entered circulation. As in earlier years, larger notes were favoured by criminals, accounting for 80% of all fake bills. The number of cases discovered and the amount of counterfeit banknotes withdrawn did not present a risk for cash flow, police said.

According to police, forint forgers typically act alone and usually attempt to make a purchase or exchange currency to legalise the money, although some have tried to break forged bills at post offices or in banks.