Germany to limit EU spending to 1% of GNI

Hungarian
Germany would like to limit contributions to the 2021-2027 EU budget to 1% of the EU27 GNI, substantially less than the EC's 1.11% proposal. This would mean Hungary would have to face a cut in the EU's cohesion and agricultural funds even higher than the 20 to 25% the EC proposal would entail. 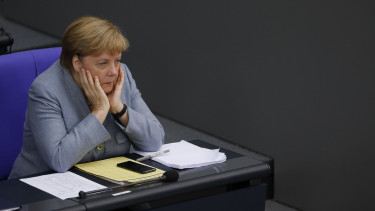 As Politico reported over the weekend, Germany will back spending no higher than 1% of the EU27’s gross national income over the upcoming seven-year period, significantly below the amount proposed by the Commission. Brexit is a major factor in Berlin’s position, according to the document, which was presented to the Finnish presidency of the Council of the EU to prepare for upcoming negotiations between EU leaders in October. "We will conduct the MFF negotiations on the basis of 1% of the EU27 GNI," the German government wrote. "Losing the UK as one of the largest net contributors to the MFF means that even with this limit, contributions of the remaining member states will increase significantly."

The current seven-year budget period is based on contributions equal to 1.13% of GNI, which the EC has proposed to cut to 1.11%. The 1% figure now put forward by Germany would be the lowest in the past decades.

The Commission has also proposed to decrease the combined weight of big traditional funds like cohesion or agriculture form 70% to 60%, while intending to increase spending on climate change and energy efficiency, R&D, digitalisation, the integration of refugees, major transportation infrastructure and social projects.

As Portfolio deduced at the time, the real value of cohesion funding to Hungary would decrease by 24% under the proposal, while land-based grants would be cut by 21% and regional development funding by 31%. To offset the cuts, the EC also proposed to double co-financing by member states. (At present, each HUF 100 spent in EU development projects in Hungary comprises HUF 85 in EU funding and HUF 15 from the Hungarian budget.)

That was all based on a 1.11% contribution rate; Germany's current proposal would make the cake a good 10% smaller, while continuing to insist on increased co-financing be member states.