Hungarian
EU governments could get a green “flexibility clause” in the bloc's budget rules to spur more investment in the fight against climate change, European Commission plans show, Politico reported on Monday, citing the 19-page draft document it has obtained. 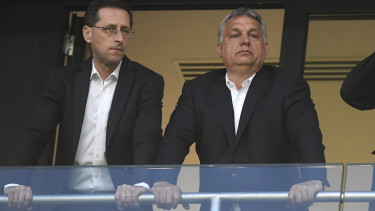 The draft document sets out the EU executive's thinking in a review of the Stability and Growth Pact, a pillar of the eurozone with limits on budget deficits and national debt. Economic chief Paolo Gentiloni is due to unveil the plans on 5 February. He has been advocating for some time now that the budget impact of member states' actions, i.e. investments against climate change should be taken into consideration at the 3.0% of GDP budget deficit and 60% of GDP public debt thresholds.

In layman's terms this means that the "green flexibility" clause might even allow specific member states to breach the 3.0% of GDP deficit cap if they can show evidence that this was partly caused by green investments and digitalisation efforts.

“The fiscal framework could provide flexibility for the public investments needed to meet the broader ambition for a green and digital transformation of Europe in line with the objective of the European Green Deal,” the document said.

The European Commission plans to spend a quarter of its budget over the next decade to help the green transition and make Europe the first climate-neutral bloc in the world by 2050. A proposal for financing the Green Deal envisions EUR 1,000 bn in green investments over the next 10 years, primarily in regions and sectors that will face the biggest challenges during the transition.

EU to dedicate a quarter of its budget to green transition

Hungary well behind EU average in green energy use

To achieve the ambition set by the European Green Deal, there are significant investment needs. The Commission has estimated that achieving the current 2030 climate and energy targets will require EUR 260 billion of additional annual investment, about 1.5% of 2018 GDP, the Commission admits. This flow of investment will need to be sustained over time. The magnitude of the investment challenge requires mobilising both the public and private sector.

The road to reach the ambitious climate neutrality goal will require massive spending by the member states and these efforts could be awarded by relaxing the regulations of the Stability and Growth Pact.

Brussels could consider “greater use of green budgeting tools” as well, to boost investment in environmentally friendly projects, the document added. Officials have suggested measures such as factoring climate-change risks into countries' debt-sustainability analyses and economic forecasts.